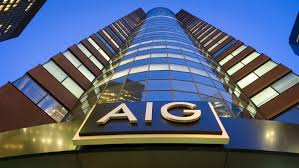 “There was this idea that real estate invest­ments were safe because the securities had a AAA credit rating.” —Robert McDonald

Risk Management is at the crux of Insurance Business, Regulatory oversight is just as important. These factors have been named to have caused the American International Group (“AIG”) failing and eventually needing a Government Bailout in 2008. AIG landed up with a staggering amount of accumulated risk, especially it's subsidiary ‘Financial Products Subsidiary’ (“AIGFP”). AIGFP was selling CDS. CDS contracts are privately negotiated contracts that obligate one party to pay another in the event that a third party cannot pay its obligation.[1] CDS contracts function in a similar manner to insurance contracts, although their payoff structure is closer to that of a put option. It started in 1998 when it underwrote its first credit swap with JP Morgan and overtime became a central player in the fast-growing CDS market underwriting its first corporate arbitrage CDS in 2000 and first multi-sector CDS in 2004. So long as the mortgage market remained sound, so did AIG’s Credit Rating. The 2008 Crisis triggered significant changes in this equation on Wall Street. With increasing defaults on sub-prime mortgages, the complex securities based on these loans threatened to topple both AIG and other long-established institutions. Before the Crisis, AIG was the Largest Insurance Company in the world with over 1 Trillion Dollar Assets and 76 Million Customers in over 130 Countries. During the summer of 2008, AIG faced increasing collateral calls totalling tens of billions of dollars. This put AIG’s Credit Rating under pressure, in turn increasing collateral calls, creating deeper pressures into its Credit and Liquidity. Early in September, AIG reached a crisis point as it lacked the liquidity to meet collateral demands from its customers. In only a matter of months, its Global business collapsed completely.

AIG then attempted to raise capital somehow and failed. September 16, 2008, the Federal Reserve Bank of New York (“FRBNY”) rescued AIG with $85 Billion, taxpayer-backed resolving credit facilities and this was supplemented by $49.1 Billion from Treasury under the Troubled Asset Relief Program (TARP) as well as additional funds from the Federal Reserve with $133.3 Dollar outstanding in total. The Total Government assistance amounted to $ 182 Billion.

At the height of government support, AIG and its affiliates had received 89.5 Billion Dollars in loans from the Federal Reserve and 49.1 Billion dollars in investment from the Treasury. The Government at the end of it all ended up controlling 79.8 per cent of AIG’s equity and had the power to appoint 2 out of its 13 directors. AIG became the second American institution in the Government conservatorship to have received such high amount from the Government after Fannie Mae and Freddie Mac.

AIG’s core insurance operations encompassed general insurance, including property and casualty, commercial and industrial and life insurance, including annuities and retirement services. In addition to insurance, AIG’s primary business units included financial services and asset management. Its Key Regulators were State Insurance Regulators, Office of Thrift Supervision, SEC, and International Regulators. Prior to the crisis, AIG generated annual revenue of more than 100 Billion Dollar. During the 2004 to 2006 period, insurance operations accounted for nearly 90 per cent of its total net revenue. More than half of its revenue during the period came from outside the United States, largely concentrated in Asia.

It used its low cost of funds as a leverage to boost its non-insurance business lines such as aircraft leasing and consumer finance. Its Longtime AAA credit rating increased its attractiveness as a counterparty in the capital markets helping it expand its product base globally. Its operational product and geographic breadth, was unmatched by its coherent regulatory structure to oversee its business. The Office of Thrift Supervisor (“OTS”), a Federal Agency that regulates the US Thrift industry was specifically charged with overseeing AIG and was the main supervisor responsible for monitoring AIG’s operations to ensure compliance with relevant laws and preventing risks that could affect the safety and soundness of the firm, it failed to do so. Peculiarly enough, the CDS business fell outside the scope of state insurance regulators as well as OTS, though OTS examined AIGFP, the CDS book of business fell outside its regulatory authority. Further, since OTS was considered equivalent regulator by European Union Standards, AIGFP activities were regulated by EU regulators only when they coincided with the European Business of Banque AIG, a French subsidiary of AIGFP. This regulatory arrangement also excluded any comprehensive examination and regulation of CDS activities. In addition, several of its financial operations such as capital markets, consumer finance and aircraft leasing were regulated on a piecemeal basis or escaped regulation entirely.

There was a perception of conflict of interest in the entire AIG engagement with the Government and otherwise. A select small group of law firms, investment banks and regulators appeared in the AIG SAFA in many roles which few viewed to represent conflicting interests. There was a lack of accountability and transparency.

Among many criticisms of the Government’s way of handling AIG’s downfall was that it failed to exhaust all options before committing 85 Billion Dollar taxpayers money. In the author’s view, though the burden is morose, the government could not have wasted a second in decided when it did.

While Counterparties were purchasing CDSs’ on multi-sectoral CDOs to hedge or minimize Credit risk, AIG had taken a different route and made a one-way long term bet on the U.S. Mortgage Market. Its bet premised on the presumed security of the AAA plus ratings on the underlying CDOs aided by subordination structures built into the underlying collateral pools as well as its once stellar AAA Credit Rating. However, this model of AIGFP for CDOs was insufficiently robust to impact the significant decline a market meltdown had the potential to bring. The basic failure of a comprehensive modelling and prudent risk/ reward analysis on what was a relatively small slice of AIGFP business ultimately brought down the entire firm and imperilled the U.S. financial system. Its corporate portfolio comprised of CDS contracts written on corporate debt and collateralized loan obligations (“CLO”) and its multi-sectoral CDS portfolio is comprised of CDS contracts written on CDOs. The Collateral pools backing the corporate debt and CLO and CDS portfolio comprised CDS contracts written on CDOs. The Collateral pools that backed corporate debt and CLO CDS portfolios included baskets of investment grade Corporate Bonds and loans of commercial and industrial loans of large banks. The Collateral Pools backing multi-sector CDOs included prime and subprime residential and mortgage backed securities, commercial mortgage backed securities and other asset-backed securities. These instruments served as a protection against credit events of the issuer of the reference obligation including bankruptcy, failure to pay, acceleration of payment on the issuer’s obligation default on the issuer’s obligation and similar events.

In exchange for regular payments, which functioned much like insurance premiums, AIGFP was obligated to provide credit protection on a designated portfolio of loans or debt securities. In general, protection on these assets—including residential mortgages, commercial real estate loans, corporate debt and European bank loan books—were structured so that AIGFP was in a second-loss position. This meant that losses on the reference securities would have to exceed a certain threshold (referred to as an ‘‘attachment point’’)[2] before triggering a credit event.[3] In 2005 AIGFP ceased underwriting new contracts on subprime multi-sector CDOs reflecting their perception of deteriorating underwriting standards. Despite this, it did nothing substantial to hedge or reduce legacy exposure and considered the associated risk as extraordinarily remote.[4]

Even at the onset of the crisis, AIG was blinded by its belief of valuations correcting itself upwards with underlying creditworthiness of securities. The model it functioned on overlooked the obligation and therefore, the amount of collateral it would be required to post for its multi-sector CDS Potfolio in event of meltdown. Its first response to collateral calls in summer of 2007 was to argue that valuations were temporarily distorted by the absence of liquidity in the market. While one-off negotiations were manageable, increased collateral calls ultimately left AIG, little room to manoeuvre, given the risk of being perceived as unwilling or unable to honor its obligations in the market, which could conceivably impact the firm’s ability to secure funding. However, as the crisis deepened, Credit Rating Agencies began downgrading several referenced multisectoral CDOs. These events changed AIG’s equation. Triggers for collateral payments made it difficult for AIG to continue hiding behind its failed models. AS a result in 2007, AIG recognized an unrealized valuation loss totalling 11.25 Billion Dollars occurring in the fourth quarter of 2007. AIGs cash resources dried up as a result of collateral calls and credit rating downgraded which resulted in even more collateral calls and an even severe cash crunch at the firm. The demand for collateral calls accelerated in 2008 as a result of rapid deterioration of its multisector CDS Portfolio.

AIGFP’s continued assumption of the credit risk from its CDS portfolio can be blamed on credit ratings which were allegedly misleading. Other market participants also placed undue faith in it including Merill Lynch and Citigroup. Later on interrogation, Credit Rating Agencies stuck to their narrative that ratings were their opinions and everything was subjective. However various allegations were made that Credit Rating Agencies were aware of poor quality of the Assessed companies yet gave them good ratings to retain customer base.

It is also strange that AIG ceased underwriting CDOs but continued lending and also its assertion in relation to credit rating was off considering it underwrote the risk on behalf of clients who clearly believed there was some risk in these instruments which was worth insuring. While the multi-sector CDS portfolio was the primary trigger for market concerns regarding AIGFP’s exposure to the deteriorating mortgage market, the potential termination of AIG’s largest credit book, the regulatory capital portfolio, a bankruptcy filing had the potential to cause significant problems for numerous European Banks. Besides these, AIG had entered security lending and invested in RMBS which were then realized to be bad assets. Poor Risk Management cost the firm everything. It failed because of ineffective information sharing and detection of issues within it. Accounting issues were uncovered by New York Former Attorney General Eliot Spitzer and Former NY State Insurance and Supdt.

While its problems can be viewed as valuation and risk management failure, exacerbated by accounting issue, the life insurance subsidiaries’ securities lending business was a blatant risk management failure. The decision to invest cash collateral from the firm’s securities lending customers in RMBS represented a misjudgment of the volatility and liquidity risks in the mortgage market. Another notable issue was the cross funding arrangements throughout the firm, which complicated the relationship between AIG’s subsidiaries and the parent company. In addition, the life insurance subsidiaries were ramping up the purchase of RMBS at the time when AIGFP had decided to stop writing swaps on subprime mortgage-backed securities because of the riskiness of underlying bonds, highlighting the utter failure of enterprise risk management of the firm.