Digital payments in India going through a significant change, growing a factor of 10 in the last 5 years. In addition to the volume, the space is growing in richness with a diversity of solutions. There is a requirement for the regulatory to be nimble, to be able to guide the industry through a growth spurt. 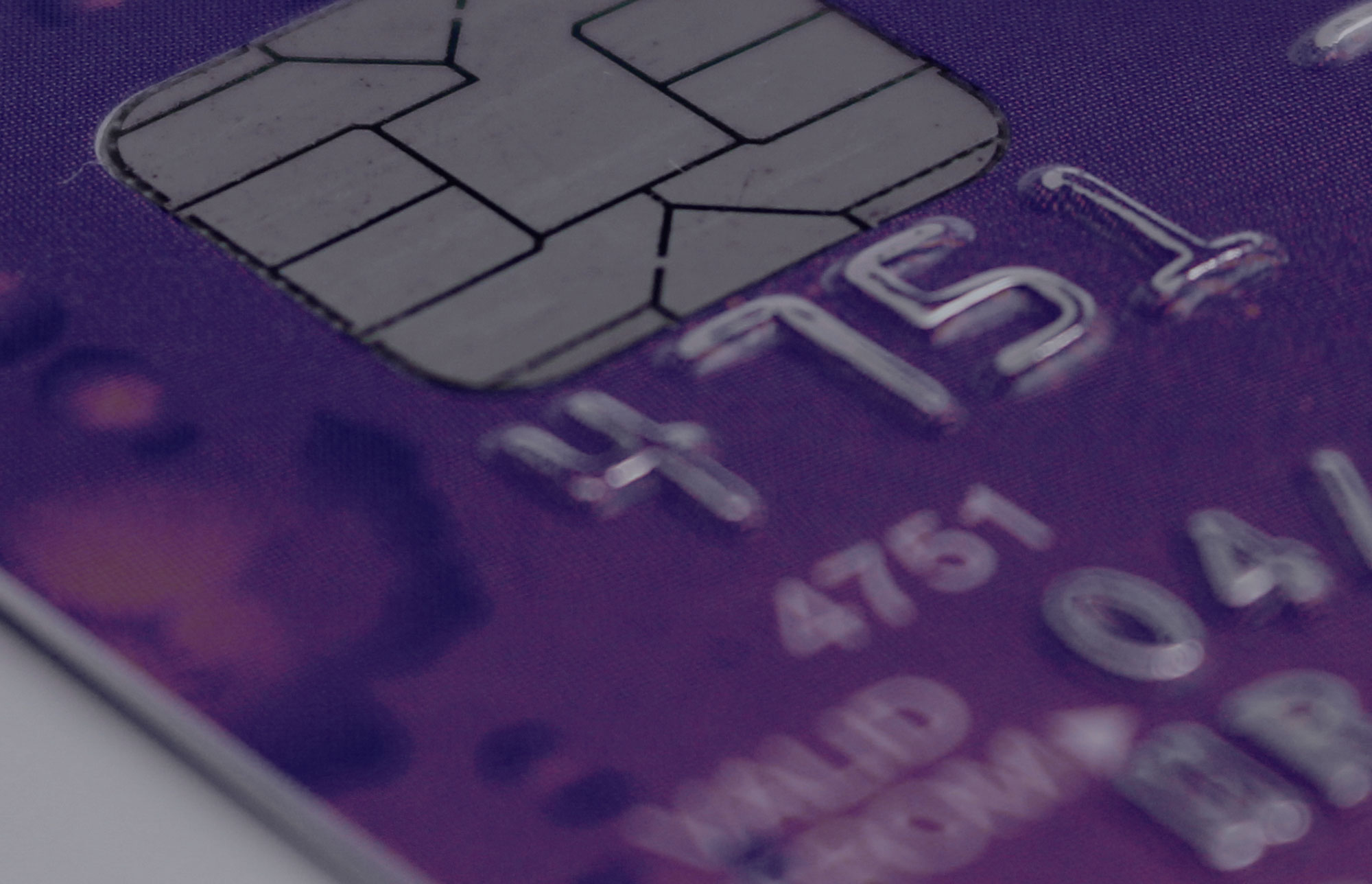 A High Level Committee was constituted by the Reserve Bank of India (“RBI”) which released its Report on Deepening of Digital Payments dated May 17, 2019. The Report noted that India has a robust large volume and retail payment systems and an able regulatory system The Per Capita Digital Transactions is targeted to increase ten times from March 2019 to March 2022 with targeted digital payment users (active in the month) in three years to increase to 300 Million from the current 100 Million The Committee acknowledged significant strides made in India’s digital payments infrastructure. With the growth of digital payment and a matured issuance infrastructure, the committee noted the underdeveloped nature of acceptance ecosystem which needs strengthening. The Report emphasized on the need to address this gap between the digital credits received by the consumer and the digital debits he needs to make to increase the currency’s overall digital payments.

The approach of the committee was for the Regulator to stand firm on a pillars (viz. protection against systemic risks, customer protection, inclusion, competitive markets and enabling innovators) and to leave the technology and pricing to the market. The Government, being the single largest participant in payments was recommended to lead on all aspects of digitization of payments.

The committee made several recommendations, primary of which are as follows:

The limitation to acceptance infrastructure stems from the unviable nature of card transaction acquisition. This, the Committee noted required changing, with a view to bring in more players as well and innovation and investment. Preparing scale requires strengthening CICO network, changing user behavior by enabling high volume use cases (by including recurring payments, bill payments, transit payments and small merchant transaction) and removing friction by addressing specific problems encountered in the ecosystem. Thus various elements of the ecosystem were assessed, as discussed below.

The Committee suggested various interventions for Cards (Credit/Debit, NCMC, Kisan Cards) subsidizing transactions, redistributing costs to change interchange fee, reducing real costs in system and to incentivize activation and transactions. While ideally, interchange fee should be determined by the market, the committee thought that was failing as there were fewer acquirer and to correct this situation, it recommended reduction of interchange on card payment to be reduced by 15 basis points (0.15%). This would incentivize acquirers to sign up merchants. Another notable suggestion in this regard was that of setting up of Acceptance Development Fund to which issuers must contribute from the interchange fees, matched by funds from the RBI. This fund would primarily be used to improve acquiring infrastructure in lower tier areas to ensure optimum utilization of millions of cards issued to customers, resulting in increased digitization in deficit centres, which could also be utilized for incentivizing digital transactions by Jan Dhan Account holders. Besides, it was recommended that Point of Sale (“PoS”) be installed at Government utility payment point.

Immediate Payment Service (“IMPS”) is a fast payment system operated by NPCI. It is available 24*7 on real time basis. Electronic Clearing Service (“ECS”) is operated by the RBI and bank. It has two variants – Credit and Debit – for facilitating one-to-many payments such as dividend, salary, interest payments etc. National Automated Clearing House (“NACH”) has features similar to ECS with a centralized mandate management system. NACH is also used for making payments related to Government benefits, e.g. subsidies. It is operated by NPCI.

A variant of NACH called eNACH has been created, which is digital, and relies on a digital signature of the user (based on eSign with Aadhaar). Recently, the RBI approved use of other authentication methods for eNach including net banking and debit card. However, it was noted that ECS and NACH rely on paper forms as well as it is very difficult to stop these mandates. Even digitally approved mandates can take a while to approve. To this tune, the Committee recommended signing Service Level Agreements (“SLA”) with banks for NACH Registrations. The average turnover time and number of SLA breaches would be reported to RBI.

BHIM UPI Platform is an app-based platform enabling customers to provide just a registered virtual access to make and receive payments. It was launched in August 2016 and enables a two-factor authentication. It facilitates instant money transfer through simple payment address. BHIM-UPI neared 800 M transactions per month in March in less than three years from its launch. To enable this platform to reach its full potential, the Committee recommended it include support for repeat payments, in control of the user; as also to enable user to see a list of all active mandates, payments against these mandates, and to revoke them at will. This will reduce friction in high-volume payments and boost bill payments, subscriptions, EMIs and SIPs. Other recommendations to improve the efficiency of this platform are as follows:

Bharat Bill Payments System (“BBPS”) is integrated bill payment system offering anytime anywhere interoperable bill payment service to customers using online payments as well as through its network of physical agent locations. The Committee reimagined BBPS as an API platform which would enable any legitimate biller to easily connect to the system and present a bill. To this tune, it recommended creation of a robust Cash in/ Cash out (“CICO”) Network so BBPS payments would be accepted at all points in its network and at other banking access points. The committee recommends expanding the system for more billers, and also enrolling multiple touch points to accept payments.

Bharat QR Code (“BQR”) Code is an interoperable QR Code which obviates the need to have QR codes at merchant location for each of the card payment network. BQR based payment is initiated by cardholder using his/her phone. It sees low volume of transactions. The Committee thus recommended onboarding of small merchants, thus also to make these easy to generate through various channels including the branch, USSD, or phones etc.

Over the past few years, most central government outflow has been in the form of digital transactions and there has been significant digitization even in collection of both direct and indirect taxes and accounting of online direct taxes and reporting of payments as well as receipts on-line direct taxes. The Committee recommended digitization of Government Accounts including any necessary business process re-engineering. It also recommended meeting the gaps existing at State Government Level and the many more gaps existing at urban local body and panchayati raj level. It recommended that G2C/Business payments must ensure that all payouts are through digital means (includes salaries, pensions, DBT, Payment for goods or services procured) Further, it recommended digitization of Citizen/Business to Government Payments (includes all government services, taxes, fees; public transport procurement costs such as earnest money deposits etc; public sector services’ utilities and transportation)

RBI defines Financial Inclusion as a ‘process of ensuring access to appropriate financial products and services needed by all sections of the society in general and vulnerable groups such as weaker sections and low income groups in particular, at an affordable cost in a fair and transparent manner by regulated, mainstream institutional players”. It is especially linked to benefit disadvantaged groups such as women, youth, disadvantaged groups of society and rural communities residing especially in unbanked/ under banked areas. Digital Financial inclusion refers broadly to use of digital financial services to advance financial inclusion.

The committee recognized the following issues with India’s financial exclusivity:

The Committee recognized the need to map all financial institutions (RRBs, Post Offices, Payment Banks, Co-operative Banks, BC, ATMs, PoS Devices. It recommended that local bodies such as SLBS need to ensure that no user is more than 5 km away from a banking access point.

In order to enable RBI to drive the desired financial inclusion, it recommended RBI to create an efficient data and in that, to take assistance from SLBC & DLCC to ensure that infrastructure grows in tandem with demand and usage, and is thus viable.

It also recommended a Digital Financial Inclusion Index (to be computed on a monthly basis) to include following factors:

This data must be made available to the SLBC, and DLCC, who can use it to identify what needs to be done to increase number of activated accounts and encourage usage. This could be in the form of user education, creation of more infrastructure, etc. The SLBC and DLCC can help ensure that the infrastructure grows in tandem with demand and usage, ensuring that it is viable.

Furthermore, the Committee recommended the following with a view to push financial inclusion:

RBI vide its Press Release No. 2018-2019/2914 dated June 11, 2019 declared that it had constituted a Committee to examine the entire gamut of ATM charges and fees. The terms of Reference for this committee include review of existing structures and patterns of costs, charges and interchange fees for ATM transactions, review of overall patterns of usage of ATMs by cardholders and assess the impact, if any, on charges and interchange fees. Part of the mandate is to assess the entire gamut of costs in respect of the ATM ecosystem and to make recommendations on the optimal charge/interchange fee structure and pattern. The constituted committee comprises of the CEO, NPCI, Chief Executive, IBA, Group head, HDFC Bank Ltd., Director, Confederation of ATM Industry and CEO, Tata Communications Payment Solutions Ltd.

Earlier this year, RBI vide its Press Release No. 2018-2019/1802 dated January 31, 2019 announced its scheme to provide a cost-free and expeditious complaint redressal mechanism relating to deficiency in customer services in digital transactions conducted through non-bank entities regulated by RBI. Complains relating to digital transactions conducted through banks will continue to be handled under the Banking Ombudsman Scheme.